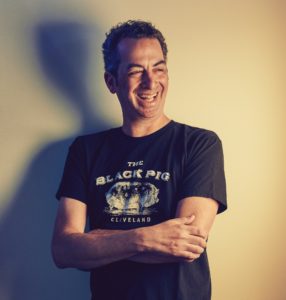 For 20 years, Cleveland-based Douglas Trattner has worked as a full-time freelance writer, editor, and author. His work, which includes food, beverage, travel, and culture, has been published locally, nationally, and internationally.

His work on Michael Symon's "Carnivore," "5 in 5," and “Fix it With Food” have earned him three New York Times Best-Selling Author honors, while his longstanding role as dining editor for Cleveland Scene garnered the award of “Best Food Writing” in the country from the AltWeekly Awards.

Trattner also penned the only exhaustive travel guidebook covering his beloved hometown, “Moon Handbooks: Cleveland,” which currently is in its third edition.